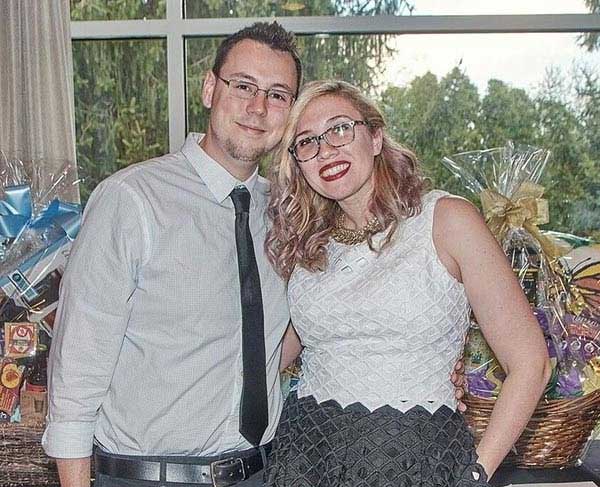 An Inspiring Journey That Began at A Bridge

It started with “a bridge”….The Bridge Academy. The Bridge Academy is a nonprofit school for students with language-based learning disabilities, like dyslexia, auditory processing disorder, ADHD and dysgraphia. It is located in Lawrenceville, NJ and has been helping students “bridge the gap between potential and performance” since 2003. This is Sarah’s personal story with Bridge.

Sarah was one of the first students when the school opened 15 years ago. She was born with a rare birth defect called Myelomeningocele Spina Bifida. Her parents were instructed to christen her in the hospital right after birth because of the fear that she would not survive. They were given the grim diagnoses that if she did survive, chances were she would not walk or talk, and that there was a high likelihood of having cognitive impairments.

Not only did Sarah survive – she thrived! However as a result of her birth defect, she had several severe learning disabilities. “Doctors had to explain the binary nature of what it meant to be a gifted learning-disabled child to my parents. It meant that although I was beginning to read Romeo and Juliet in 5th grade, I couldn’t spell the word sign,” explained Moore.

Sarah continued to excel in every aspect, except reading and math. “Even though I built my own microscope at home, and had already won a science fair project that charted gene traits through several generations of pet guppies by age nine, I was performing below the 10th percentile for math skills. I had a superior level IQ and yet I was floundering in a general education classroom. I would come home for hours and cry because I knew that there was this gaping chasm between where I was academically and where I knew I should be,” she explained during her presentation.

Sarah’s mother was one of the founding parents of The Bridge Academy, and Sarah was one of the first students at the school. “I wish I could capture the magic that first year had around it. There was this little school that amazing parents and educators had fought to literally get up and running within months because they knew it was what the children in their care needed most. They rallied around a principal they believed in and a staff that had proven time and again that they were the best of the best.”

Gradually, Sarah began to progress at The Bridge Academy. There were teachers out there that could help her. She was smart, she just needed to learn a different way and found that a multi-sensory approach was more effective for her. “Through the hard work of my teachers at Bridge, I left the school reading at a 12th grade reading level and performing in the 90th percentile for mathematics.”

And that was just the beginning for Sarah. She “bridged” back to public school where she took all AP courses. She applied to seven colleges and was accepted into all seven! At college, she obtained a double master’s degree in only five years and graduated with a 4.0. And she was offered an opportunity as a doctoral candidate to attend an Ivy League University. In addition to college; she married, started a family, purchased her own home, currently works as a reading specialist, and owns her own successful business.

But for Sarah, the most important aspect of The Bridge Academy is the people who work there. “This school isn’t just a building. It’s a magic touch that imprints on a child for a lifetime.” She continued to explain: “When you invest in this school you are investing in a lifelong support unit for a child. I still keep in touch with my teachers and I’ve had friends that I made at 10 years old that I am still incredibly close to almost 20 years later.”

So, how has The Bridge helped Sarah to achieve her lifelong goals? Sarah replied, “Thanks to the Bridge, I’ve never felt less than. I’ve always known my own worth. I’ve become the type of teacher that inspired me as a child, and I am now mentoring young children who will do my math homework take this magic and wonder of learning and do even greater things with it than I ever dreamed possible. I’ve made lifelong friends that I can always depend on, even if I haven’t seen them in years.”

What a journey for someone that began life as such a fragile infant! Sarah’s journey proves how far a good education and belief in your abilities will take you, and how much you can then help someone else. As she said in her final remarks, “thank you for giving me a little bit of this magic to take with me long after I left your building.”